Pumpkin Bread Pudding is one of those desserts that just doesn’t get much air time.

Loved by many but thought of by few.

If you have never tried bread pudding at all~this recipe is a great place to start your new love affair! 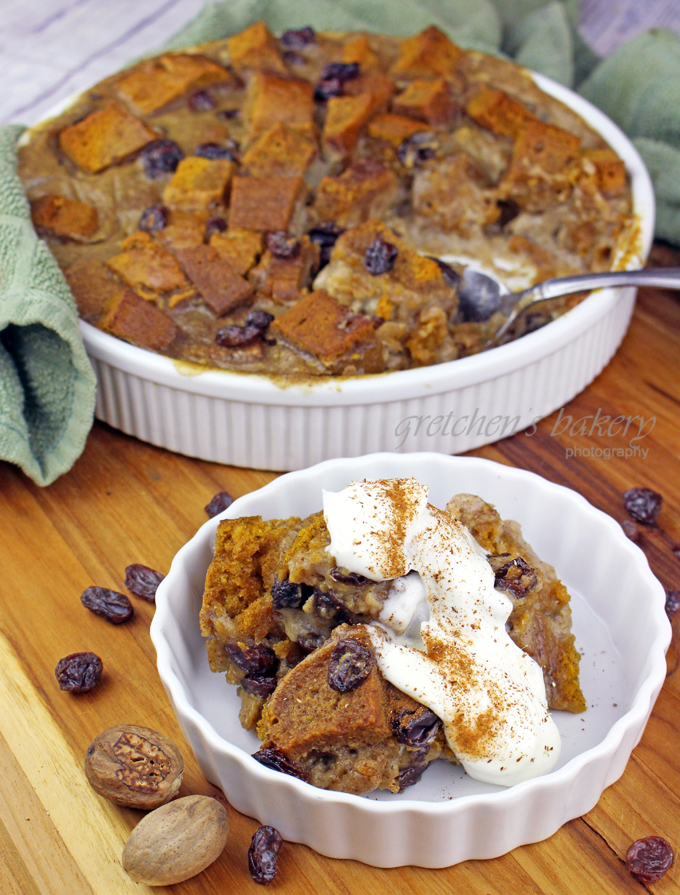 When I owned my bakery folks started asking for pumpkin bread at the beginning of September! 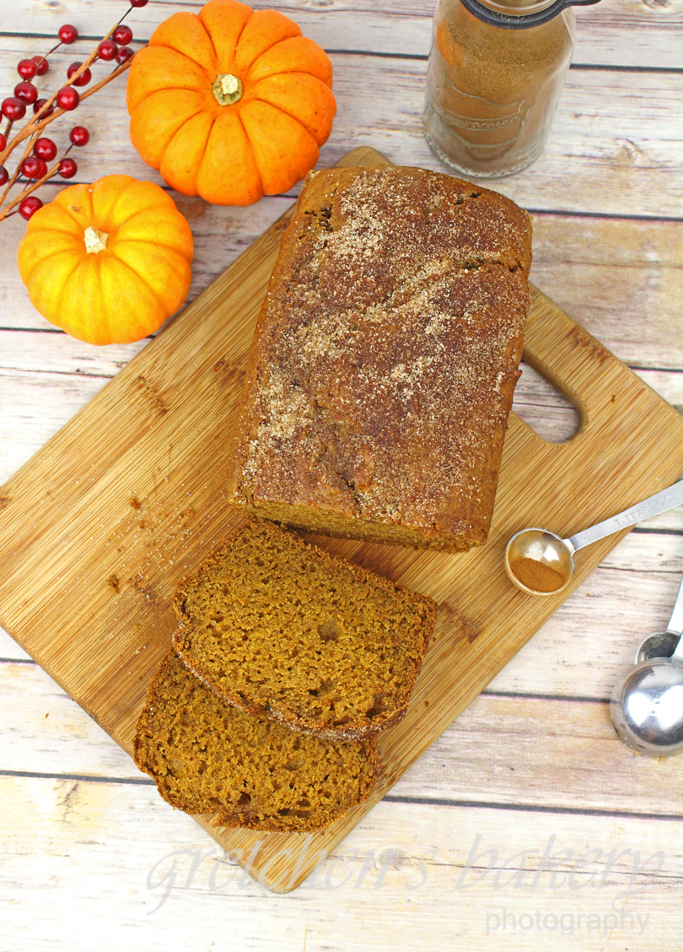 Mostly because in New Jersey it could still be 75°F on October 1st!

But you know all about those people and their Pumpkin Everything Obsession! 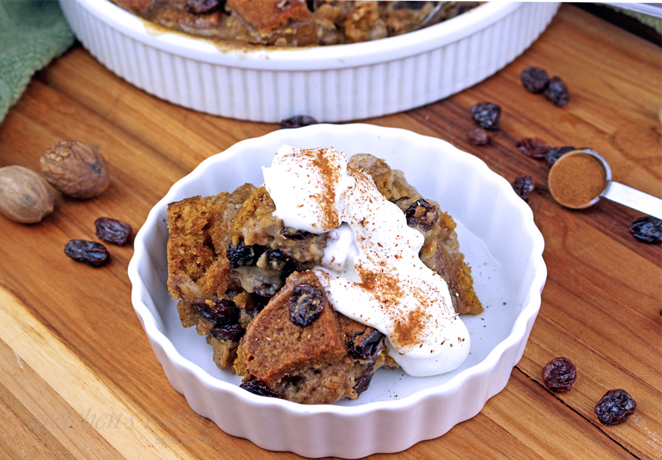 Oh how I love a hefty scoop of warm pumpkin bread pudding loaded up with autumn spiced whipped cream!

I’ve added raisins to mine, but I know many people have an aversion to raisins so of course you can leave those out!

I thought dried cranberries or even pecans would be a nice addition, so you can really add anything you like or nothing at all

And who really ever has any of that leftover?

So you had better make two loaves of pumpkin bread

If you do not have that, don’t want to buy it~ you can substitute it with an additional 1 Tablespoon of cornstarch

When measuring cornstarch I cannot stress enough that a kitchen scale is the best way to go.

Many times people have complained that their custard is like rubber and they don’t know why!

This is from a heavy measure of cornstarch when using volume measuring spoon vs the 100% accurate scale measure in grams.

While this recipe is so simple it doesn’t need a video tutorial I still made one! 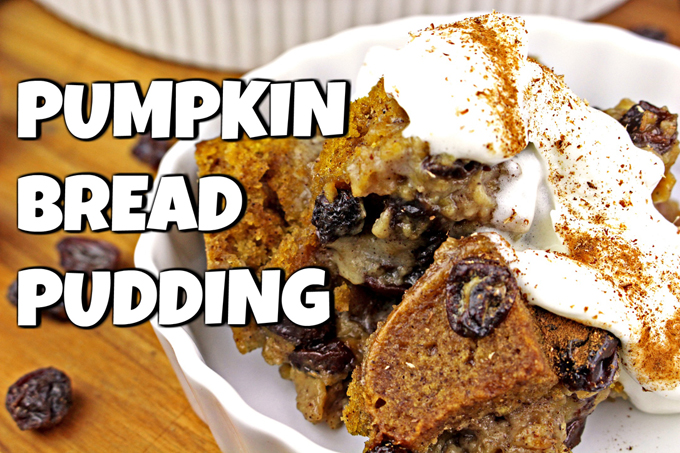 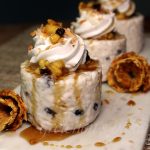 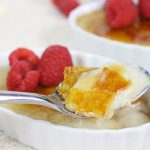 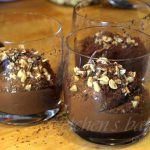 
Pumpkin Bread Pudding with Spiced Whipped Cream
Print
Prep time
15 mins
Bake time
40 mins
Total time
55 mins
I am using Follow Your Heart Vegan Egg here, since I really like how it reacts in custards. But if you don't have that or don't want it to buy it just use an additional 2 Tbs of cornstarch
Serves: serves 10
Ingredients
Instructions
Notes
Pumpkin bread pudding must be kept refrigerated but is best served warm (in my opinion) many people eat it cold though!
3.5.3251
Previous Post: « Pumpkin Bread Recipe
Next Post: Pie Caken~ The Ultimate Dessert ~Cake~ Pie »