This recipe is basically rice pudding on vacation.

My recipe for rice pudding is amazing all by itself, so if you are a purist, you will stick to the base recipe for pure unadulterated rice pudding. (*see notes at the end of this post)

But for those in need of a little getaway to tropical places- let’s go!!

Individual servings of rice pudding on top of a coconut shortbread cookie. 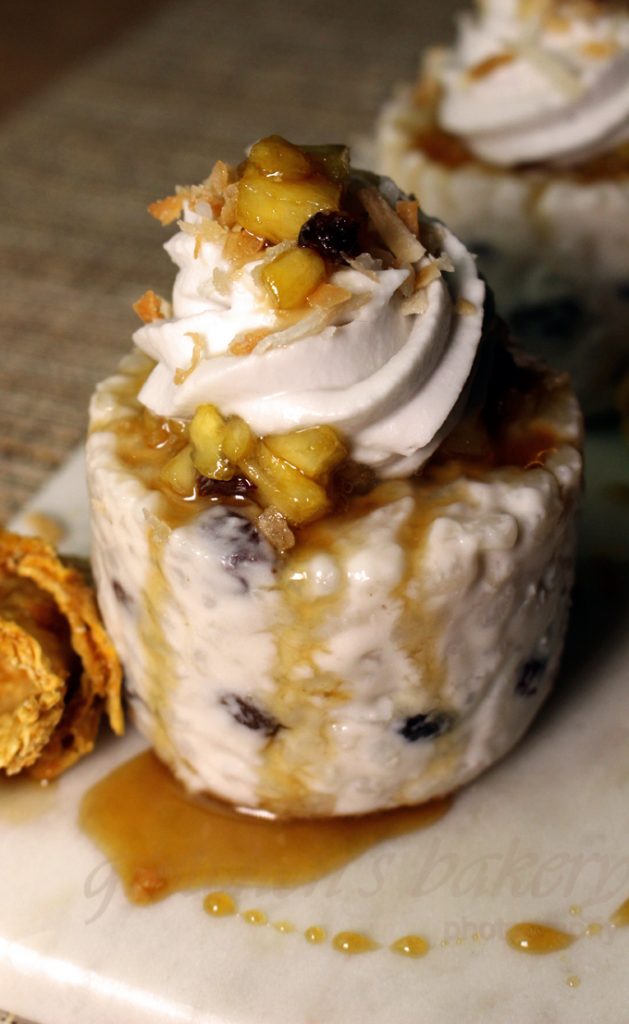 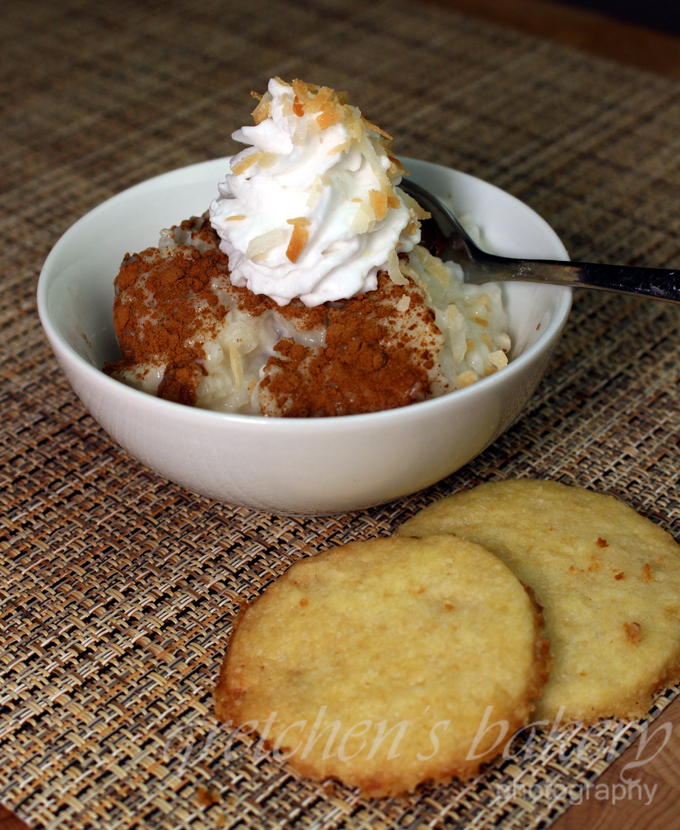 Save Print
Prep time
5 mins
Cook time
40 mins
Total time
45 mins
Arborio rice is a short grain rice used in risotto dishes, it is known for it's creaminess. If you can't get that you can use regular rice but you will have to increase the plant milk by 1 cup
If you are using a different sugar (like agave, maple or stevia like me) add it at the end of the cooking time, with the raisins
A combination of coconut milk and another plant milk seems to be the best, as (to me) the coconut milk is too high in fat and leaves a fatty feel, whereas a combo of almond or rice milk and coconut together is really nice
Serves: 8 servings
Ingredients
Instructions
Notes
Rice Pudding can be made several days ahead of time, keep refrigerated until serving.

If you are just making rice pudding without all the extras and garnishes, store in a large container with a lid for up to 1 week in the refrigerator
3.5.3226
A note about the molds: You can purchase stainless steel molds specific for pastry, but they are uber expensive!

So I go to Home Depot and buy PVC pipe, they have all different sizes and they are perfect for molding COLD DESSERTS, NEVER BAKE IN THEM! 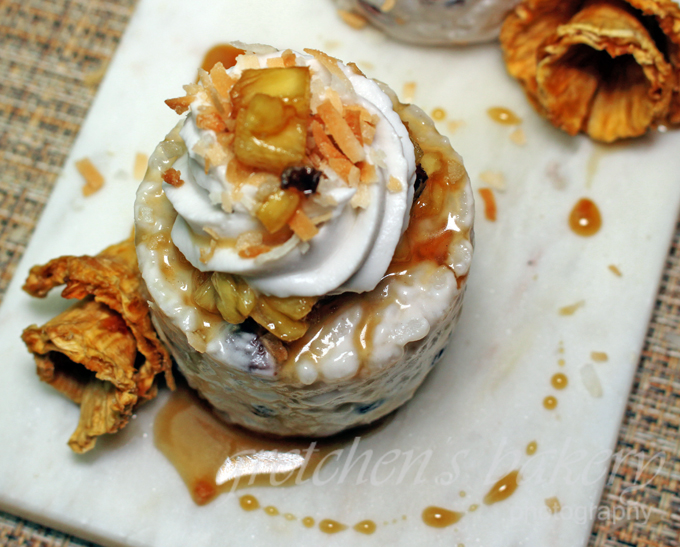 It is really easy to change up the sugar in a recipe like this with no adverse affects, or adjust the regular sugar more or less to your liking.

Play around with agave, or maple syrup or even a less processed sugar like Demerara or Turbinado.

This recipe could even do without the sugar altogether (it won’t be very sweet) but that is entirely up to you!

The raisins have natural sugars (and a lot of them too!)

I have been omitting the granulated sugar altogether, and using stevia at the last minute of cooking.

So if you want the regular rice pudding recipe, with no added sugar, almost fat free (because I use rice milk!) and of course leave out the whipped cream, cookies and the rum syrup and the pineapple salsa for a classic rice pudding recipe.

That’s it! No refined sugar recipe~  and for a real sugar free enthusiast leave out the raisins too! 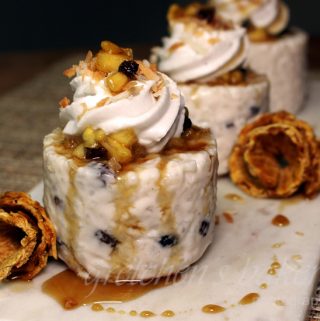 Save Print
I like to use rice milk for this recipe since it is the lowest in fat and to me it tastes the best (even for the above recipe, I prefer it than the full fat coconut) But the plant milk it totally your preference, use whatever you like the best just make sure it is pure milk no added gums or it will separate when boiled.
I also use a tad less rice for the casserole version, since it doesn't have to be molded, it is definitely creamier and more loose
Serves: 8 servings
Ingredients
Instructions
3.5.3226

Save Print
Serves: 12 2½" cookies
Ingredients
Instructions
Notes
Cookies can be kept for up to 1 week in an airtight container at room temperature
3.5.3226