The original Banoffee Pie hails from the UK

Hopefully my rendition of Vegan Banoffee Bars is an acceptable form of flattery! 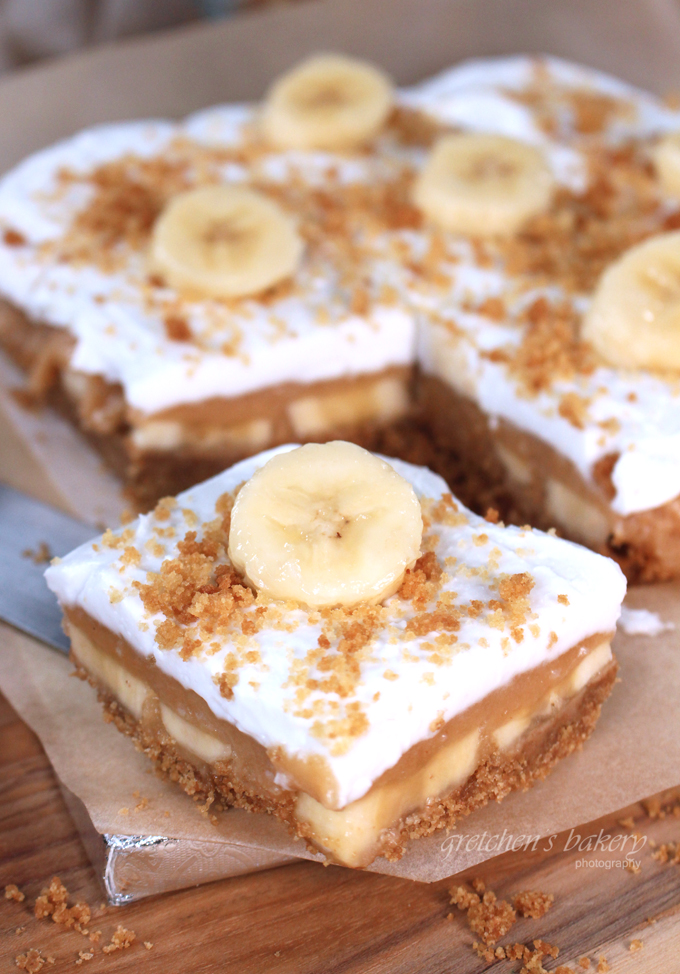 Since Banoffee is traditionally made with toffee, hence the name “Ban-Offee”

I have tweaked my caramel recipe to more closely resemble a thick sticky toffee! 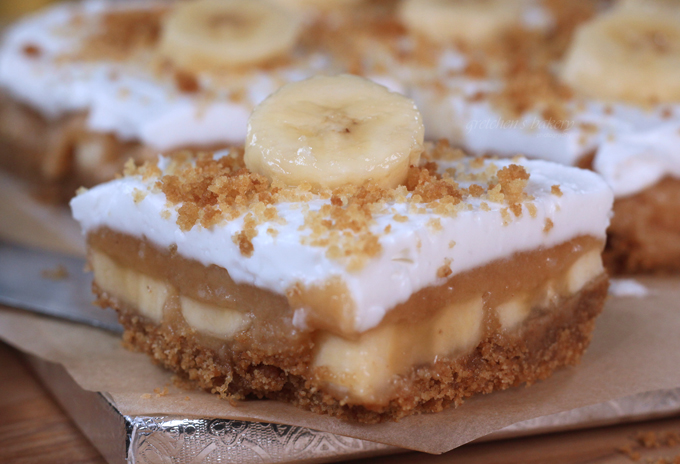 I’ve developed an easy no bake recipe for you today

Even chocolate shortbread cookies would be an amazing substitution! 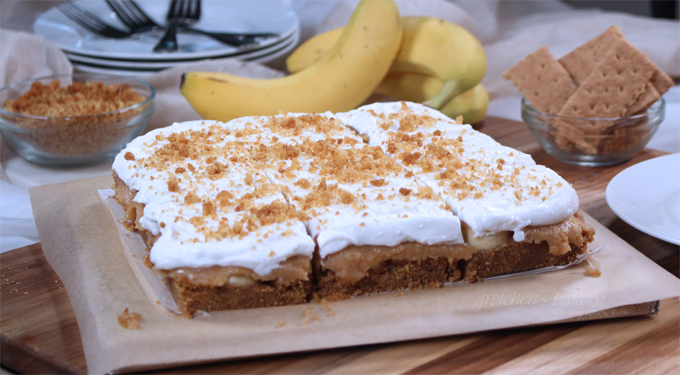 But for this one today we are sticking with the original combination! 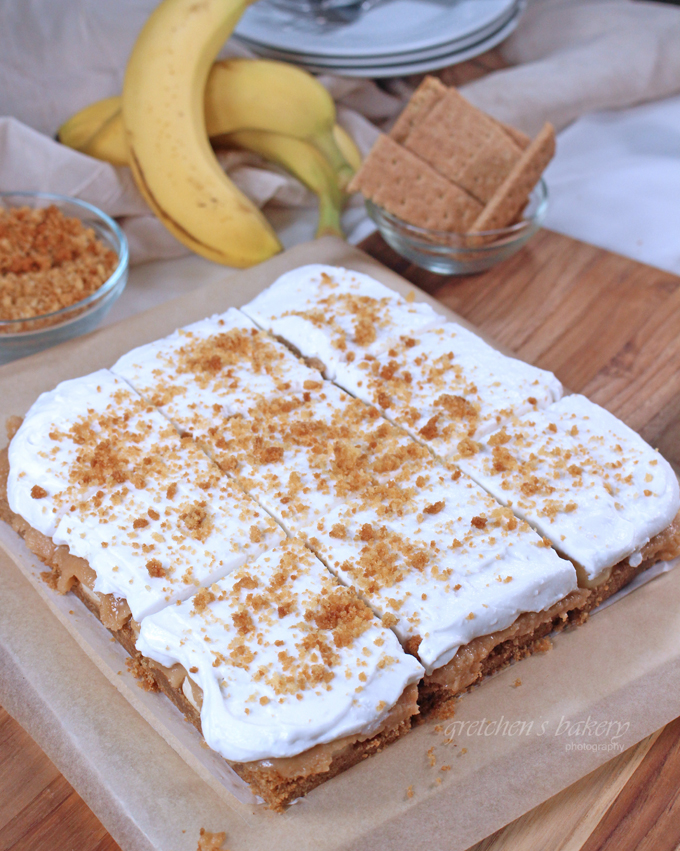 I have several options for vegan caramel so you can choose the one that suits you best.

The resulting caramel is super thick! This made the caramel so thick that when I cut these bars not a bit of it oozed out!

Which is exactly what we want when serving caramel cakes and bars!

However the taste was extremely coconut from that super concentrated creamed coconut! For the Vegan Whipped Cream

I have an awesome homemade recipe that used soy milk instead of coconut for those who are super sensitive to coconut taste. 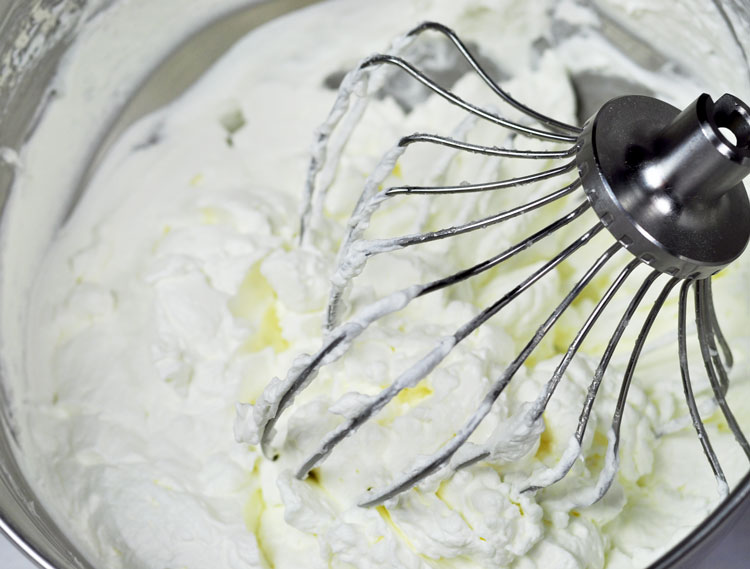 CLICK HERE FOR ALL THE VEGAN WHIPPED CREAM OPTIONS!

Be sure to read the entire post for my Homemade Vegan Whipped Cream Recipe before beginning!

It can be tricky and temperamental! 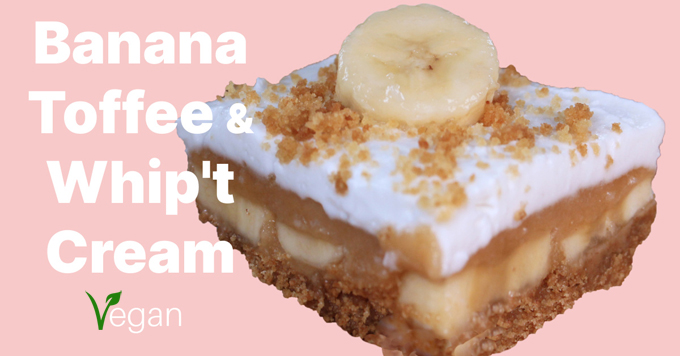 For more recipes with caramel click the links below! 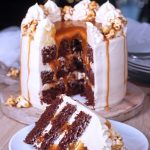 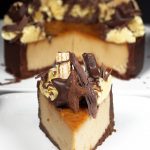 Print
Prep time
2 hours
Total time
2 hours
The prep time listed below does not reflect the time needed to make homemade whipped cream! This will take much longer to pre-prep that recipe, read entire blog post for homemade vegan whipped cream.
Serves: serves 9-12ppl
Ingredients
Instructions
Notes
Banoffee bars must be kept refrigerated and will stay fresh for up to week.

The fresh bananas where the cuts are will start to turn brown after about 3 days
3.5.3251