Vegan Baking can be wonderful when you finally master it.

But Vegan Baking can be super frustrating if you are new to the arena!

I was classically trained in traditional baking and I have 25+ years experience in the professional baking industry.

So my switch to Vegan Baking a several years ago was a shock to the system to say the least.

But what about Whipped Cream? 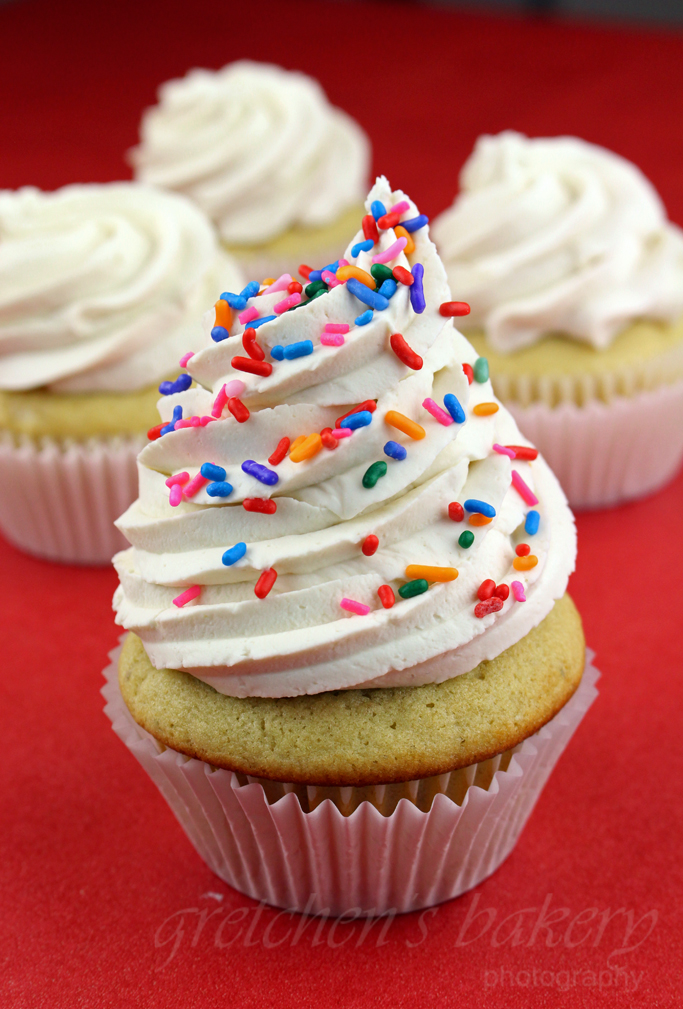 If you have done any amount of vegan baking or even just perused some recipes, you have probably seen the old Coconut Milk whipped cream trick!

You basically take a can (or ten cans) of full fat coconut milk and refrigerate it overnight.

The fat will separate to the top and the liquid will stay at the bottom.

Coconut Milk will not whip up though unless it is completely separated from the liquid, which is why we refrigerate it overnight.

Even a tablespoon of that liquid will prohibit thick whipping.

The fat will whip up just like whipped cream and it is wonderful! 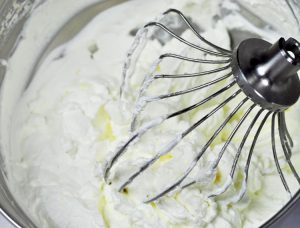 You can add sugar to it to sweeten or just use it as the base for mousses and other desserts.

Be sure to use the FULL FAT variety, not Lite Coconut Milk

The other thing to note is that you do not want to shake the cans before refrigerating, this will prevent clear separation of the fat from liquids.

The most recent Best Vegan Product of 2020 in my opinion is SILK Brand Heavy Whipping Cream!*not sponsored 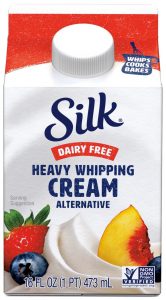 Just be careful not to over whip or it will become grainy.

Another option is to buy this product by Nature’s Charm but it is pricey and you still need quite a few cans. *not sponsored

If you are filling and icing a cake though, prepare to buy about 4 cans of it 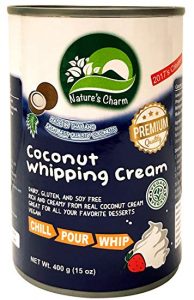 So back to the lab to figure out how to make a more practical, cost effective vegan whipped cream recipe!

My Homemade Recipe for Whipped Cream

No nuts! Once you master it ~ it is a dream come true! 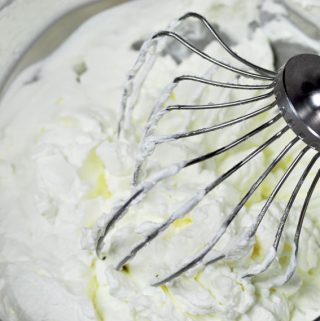 Print
Prep time
10 mins
Total time
10 mins
The xanthan gum adds thickness and stability to the cream and also acts as an emulsifier, if you do not have it, you CAN leave it out or use guar gum ion the same amount.
I Do not recommend to HALVE the recipe for the soy milk whipping cream. There is some truth in the saying "strength in numbers" and it seems the people having problems with this recipe are the ones who have halved the recipe. Just make the full amount, trust me you will love it so much it will not go to waste!
Also be sure you are using pure soy milk, unsweetened with the only ingredients that are soybeans & filtered water **I have not had good luck with using any other brand soy milk than WestSoy since it is 100% soy milk, no added anything.
Serves: 5 cups whipped
Ingredients
Instructions
Notes
Whipped cream liquid can be stored in the refrigerator for up to 1 week before whipping.

Once it is whipped it is best to use right away on your cakes or desserts, but will stay firm in the refrigerator for up to 4 days
3.5.3251
My first success, besides using those cans of coconut milk, was with Miyoko Schinners recipe


But I decided it needed some tweaking, so below is my revised Miyoko Schinner recipe for Vegan Whipped Cream with cashew base

Print
Serves: 3 cups whipped
Ingredients
Instructions
3.5.3251
In this video for Peaches and Cream Cake you will see the making of the whipped cream~ skip to 2:28

Another in depth look at making vegan whipped cream here in this Black Forest Cake recipe~ skip to 1:15