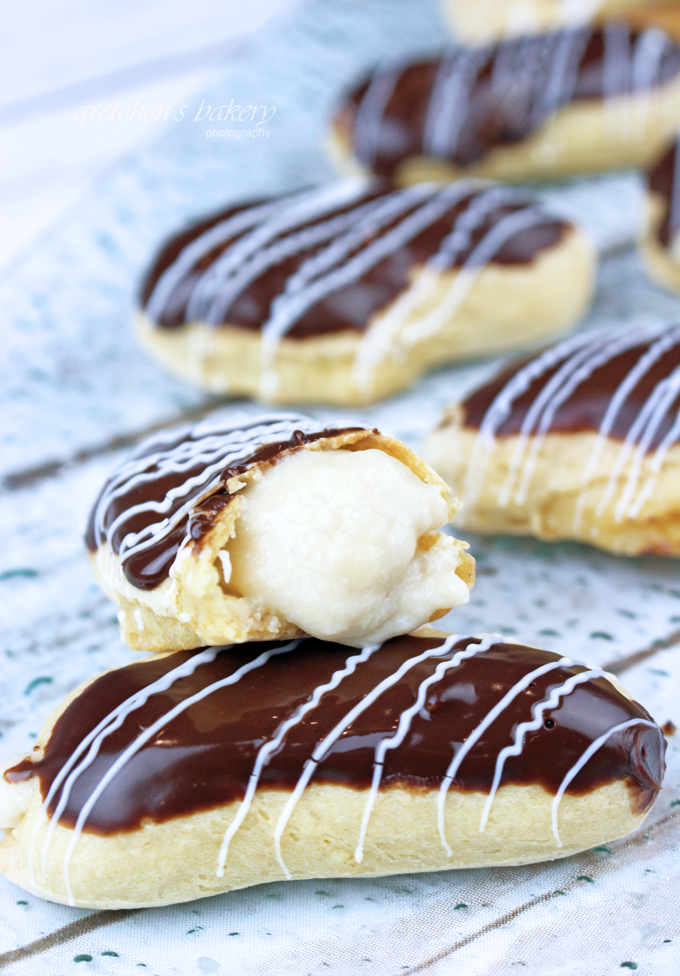 Vegan recipes must be ~at the very least~  an 85% match to the original.

Meaning my non vegan friends who taste it must exclaim “there is no way this is vegan!”

Not one was making the grade

In 2018 I made vegan eclairs with great success, until they failed. 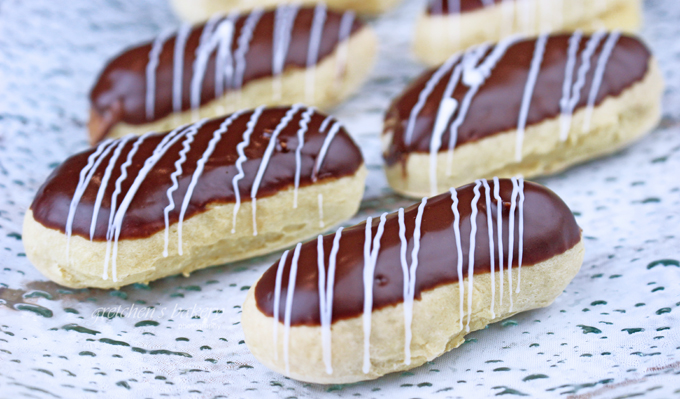 And a proprietary blend called Vegan Egg from Follow Your Heart

It was one of the first vegan egg products ever on the market that mimicked so closely to a real egg.

So naturally I started using it in many of my recipes.

The Vegan Eclair was one.

Follow Your Heart almost immediately changed the formula of The Vegan Egg by replacing the algal flour with soy milk powder!

Algal flour seemed to be causing gastrointestinal distress in many people so they discontinued it’s use.

But now my recipe no longer worked and I was gutted.

So I thought, “oh well, who really needs another recipe then?”

I was left frustrated and re-invigorated.

I promptly decided “someone has to be truthful about having the perfect vegan eclair, and that someone is going to be me.” 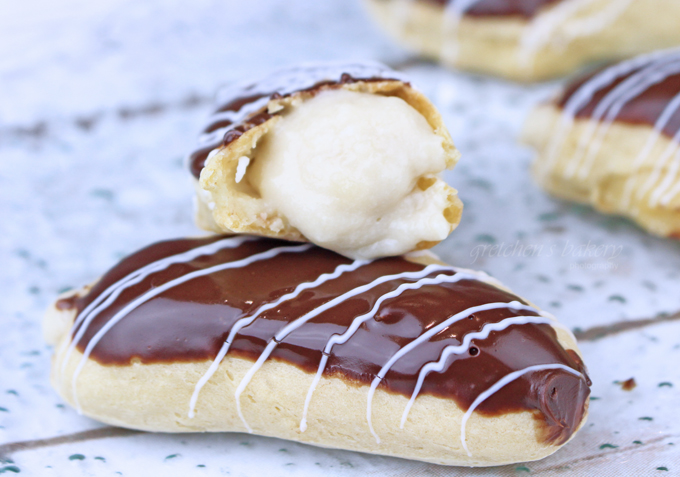 What Makes a Perfect Eclair? 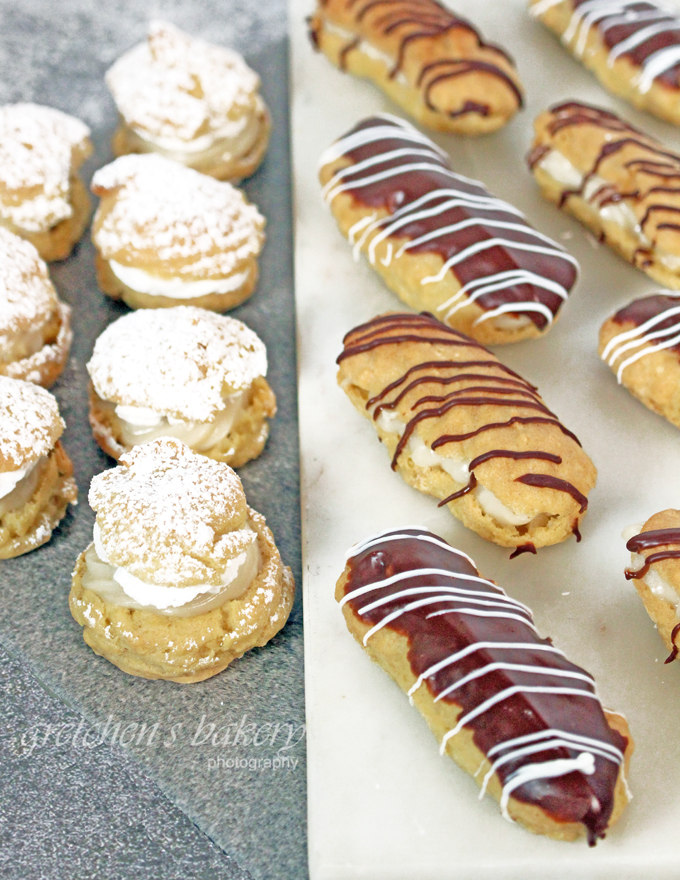 Flour is mixed into that and a stiff dough is formed

Leaving behind a hollow center and a delicate yet crispy pastry shell that is ready to be filled with whipped cream lightened pastry cream.

Cream, puffs get a sprinkle of powdered sugar and eclairs get dipped in chocolate

What Makes this one 85% Acceptable?

My recipe for Vegan Eclairs would be 100% acceptable if they did not deflate after baking.

Maybe I’m being hard with the 85% tag, since no one but me would know they deflated anyway!

The taste, the crisp outer shell and the slight “eggy” matrix that remains in that otherwise hollow shell

Allowing for a hefty amount of pastry cream filling without making them soggy!

Methocel is a thickener and a stabilizer that is not an essential ingredient here if you do not want to buy it.

But bread-like eclairs is not an 85% pass in my book, so I definitely use it.

Xanthan Gum we rely on xanthan gum to provide elasticity and stickiness in our doughs and batters.

It aids as a binding agent for the flour, helps hold onto some moisture, and helps give the baked good some structure.

I have made this recipe without it with the result being slightly more “bread-like” again,which is not an 85% pass in my book, so I definitely use this as well.

But wait! All this talk about the pâte à choux dough

We must talk about the pastry cream! 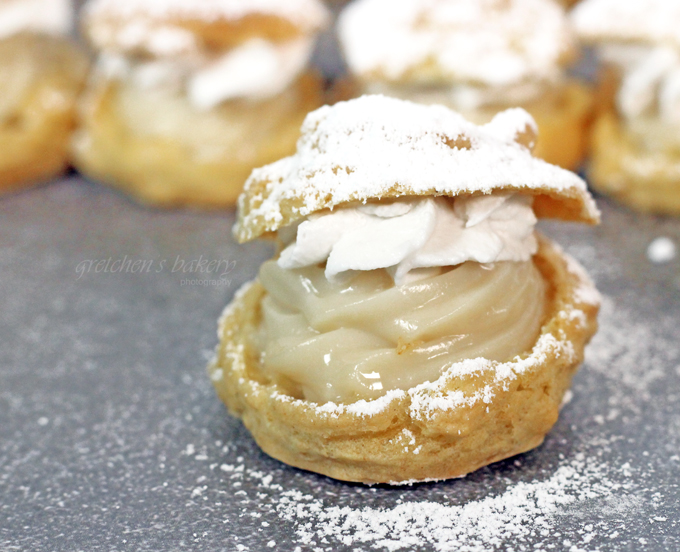 I am using the recipe I always use for everything custard!

However this time I did not fold in the whipped cream as I usually do, which would then make it a Diplomat Cream

As in my recent Napolean Pastry and Fraisier Cake recipes 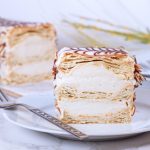 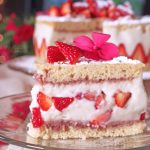 Many times people have complained that their custard is like rubber and they don’t know why!

This is from a heavy measure of cornstarch when using volume measuring spoon vs the 100% accurate scale measure in grams.

It is really helpful to watch the video tutorial linked below to see all the subtle details that can only be captured on video versus describing here in written text. 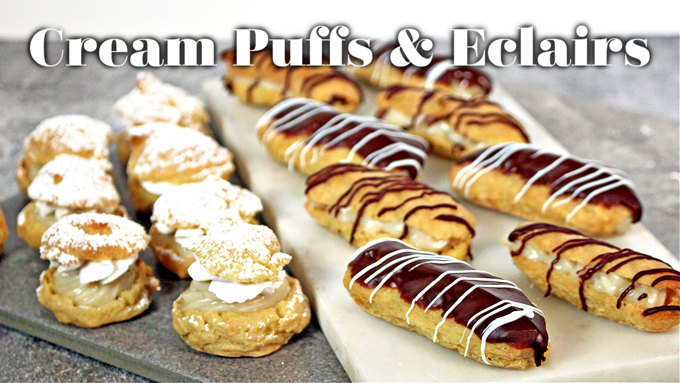 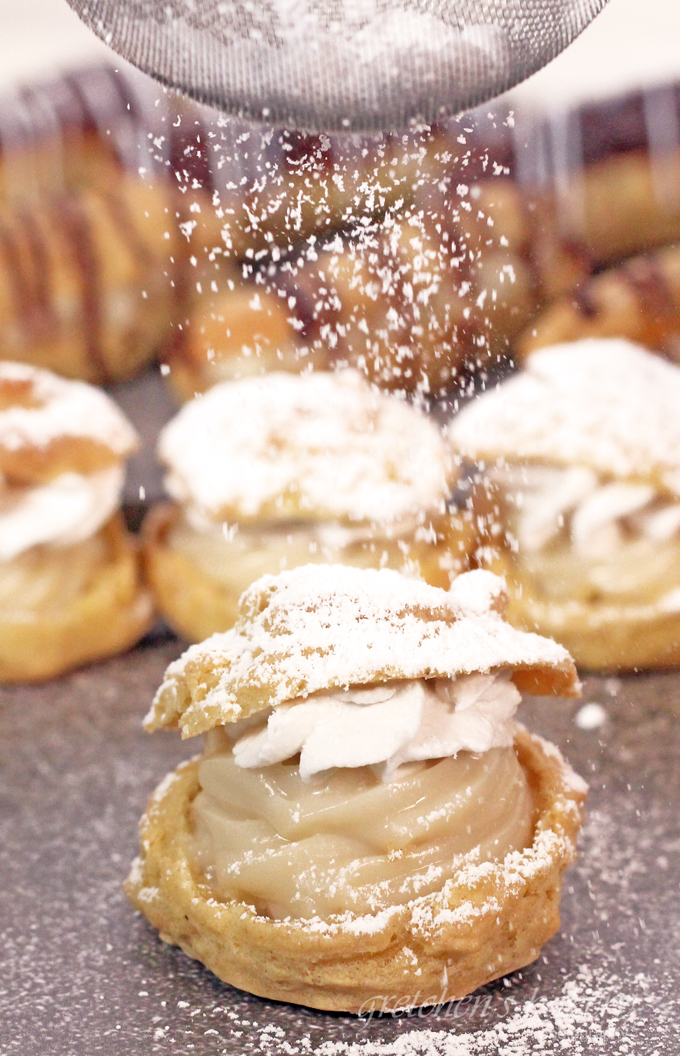 With the same custard filling and a rosette of whipped cream!

These single bite gems are the stuff dreams are made of! For more classic pastry recipes veganized, click the links below! 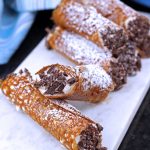 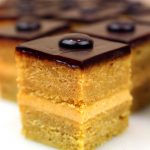 Unfilled shells can be stored in the freezer in a ziploc bag for up to 2 months
3.5.3251