It may seem as if I have made these before.

You are probably thinking of the Chocolate Cupcakes stuffed with Fudge and Peanut Butter Cheesecake Icing.

Here is how this new creation was born: 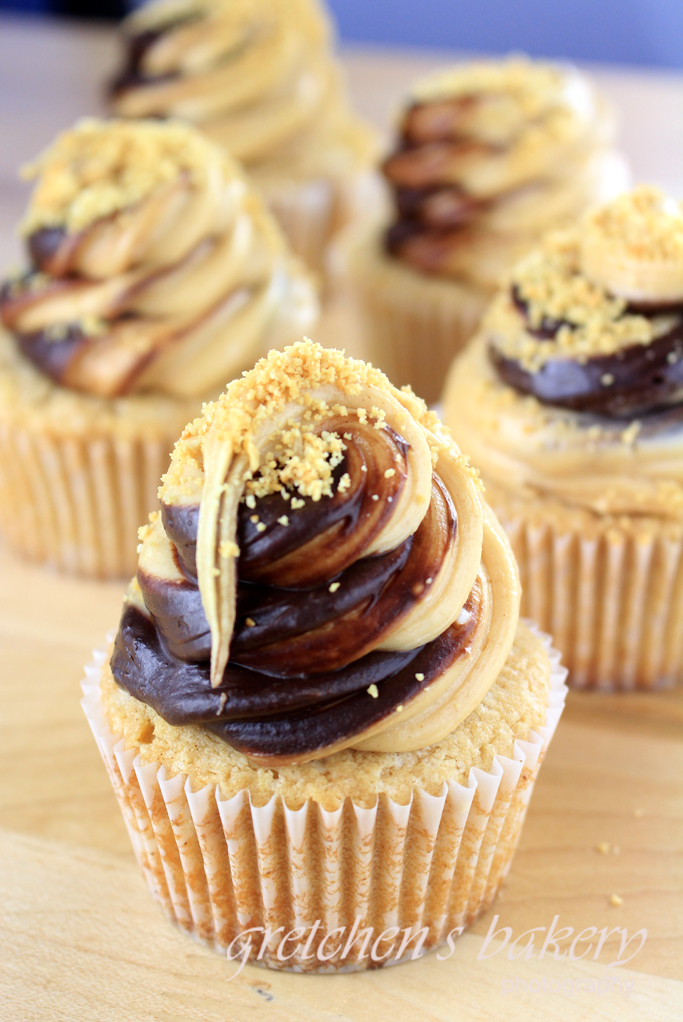 During a recent conversation with my “significant other” (hehe) discussing what to have for dessert after dinner; naturally I said chocolate peanut butter cupcakes.

He knew exactly what I meant and that was: “Chocolate cupcakes with a bit of peanut butter thrown somewhere in there…..” 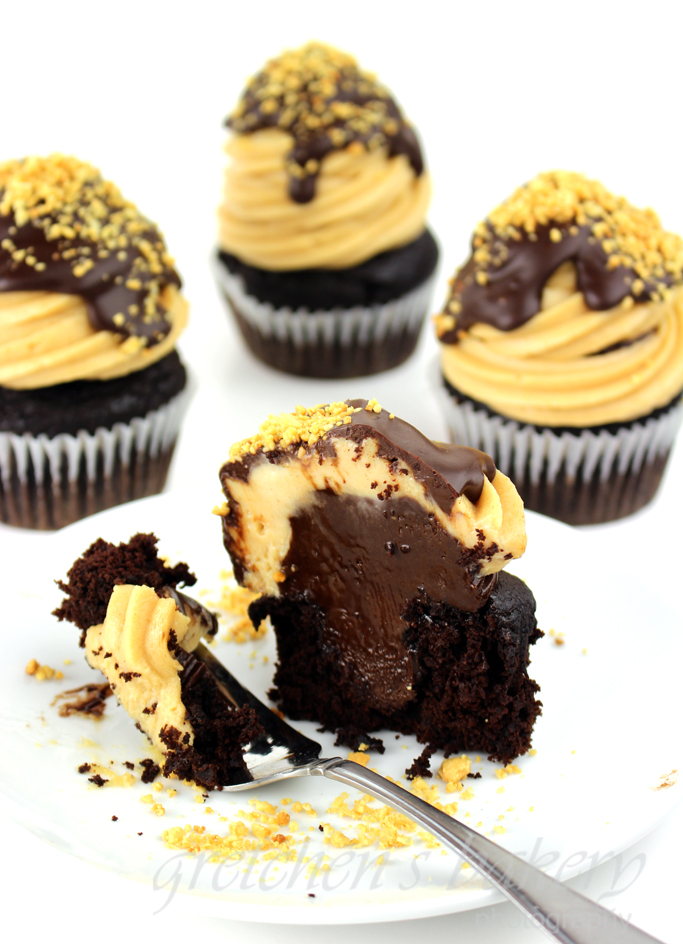 Does he know me? Or what?

He definitely knew where I was going with this and quickly suggested to make them straight up Peanut Butter Cake with Peanut Butter Icing.

I thought, “Yikes! That’s a awful lot of peanut butter! I’m not sure about that!”

(Actually I said that out loud, it wasn’t merely a thought)

But of course I wanted to give his suggestion a go; after all I had a private stash of fudge icing that I could always add to mine to make it … ummmm, Better.

But here’s the deal, now listen, I can admit when I am wrong. And I am here to confess today, I WAS WRONG!

This Vegan Peanut Butter Cupcakes Recipe (double peanut butter cupcakes I should say) are out of this world amazing!

I really do have to give credit where credit is due, he knows a thing or two when it comes to good taste, after all he picked me didn’t he!?

I call him my professional taste tester and critic when trying out new recipes.

He will always tell me the truth if something is not great or could be improved.

Which was why I was in the test kitchen for a week when it came to the No Bake Key Lime Pie Cheesecake nightmare several weeks ago!

After 5 attempts at that one we finally nailed it down and got the taste and texture perfect!

So why would this one be any different?

Well, the only difference here was it only took one try!

I did however make this recipe 4 times afterwards, but that was only because it is so good we couldn’t get enough!

Check out this new recipe for Peanut Butter Cupcakes that are so moist you are going to flip your lid!

In my opinion, peanut butter cakes can tend to be a bit dry by nature but this is not the case here! 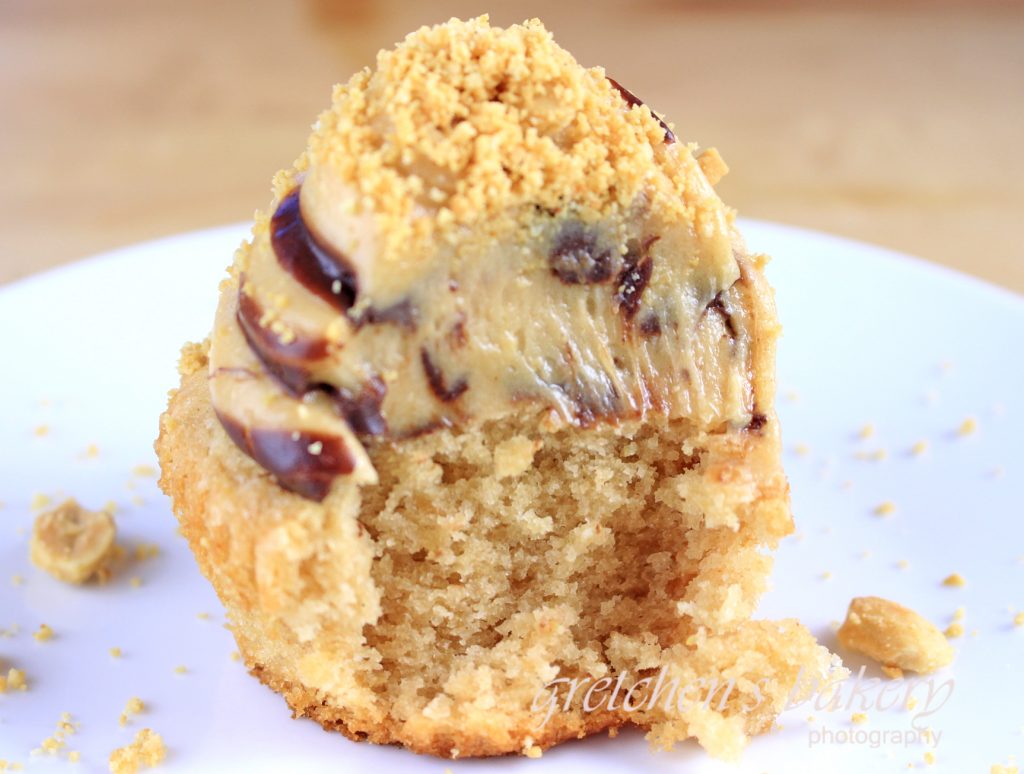 The addition of flax as the egg replacer makes this cake recipe super moist!

The icing is sort of a cream cheese icing / peanut butter buttercream mix.

It is not too sweet that is why I love to use it for cupcakes like this.

You can of course forgo the cream cheese icing altogether and just make a peanut butter buttercream.

Change it up however you like, but I am telling you the double peanut butter combo here is better than you would imagine!

Print
Prep time
20 mins
Bake time
22 mins
Total time
42 mins
I list the salt as optional here because I use Earth Balance Vegan Butter. I find it to be very salty so the addition of salt in my recipe is too much for me.
For a layer cake, DOUBLE the recipe ingredients below and portion the batter in greased and parchment lined cake pans for - 3-8" layers
Serves: 18 cupcakes
Ingredients
Instructions
3.5.3251 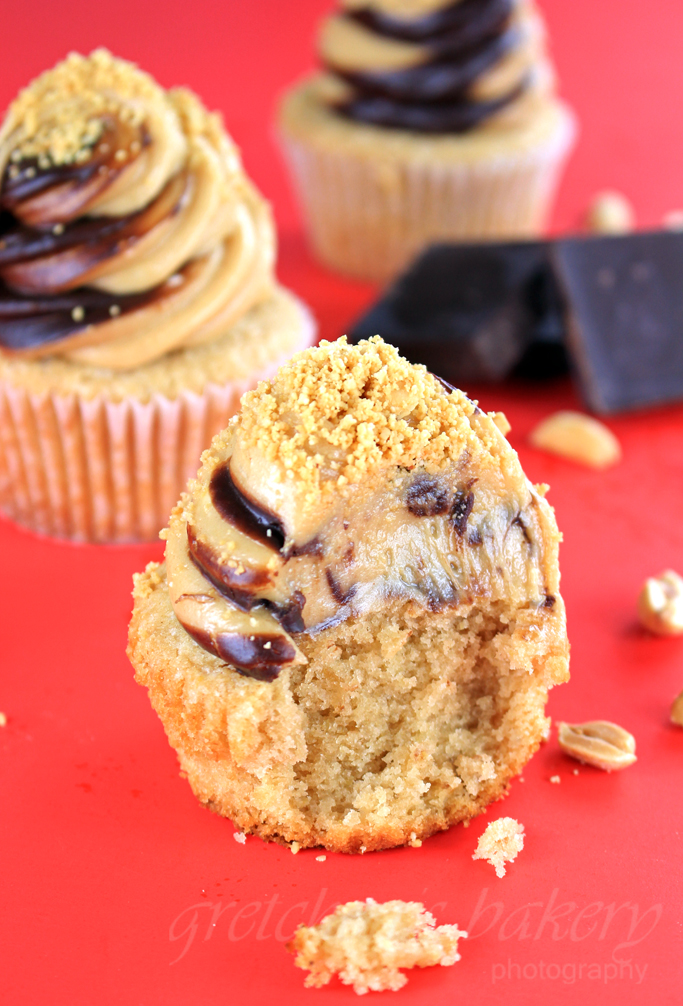