What?! You’ve never heard of a Metropolitan Cupcake before?

Well don’t feel bad, because neither had I! 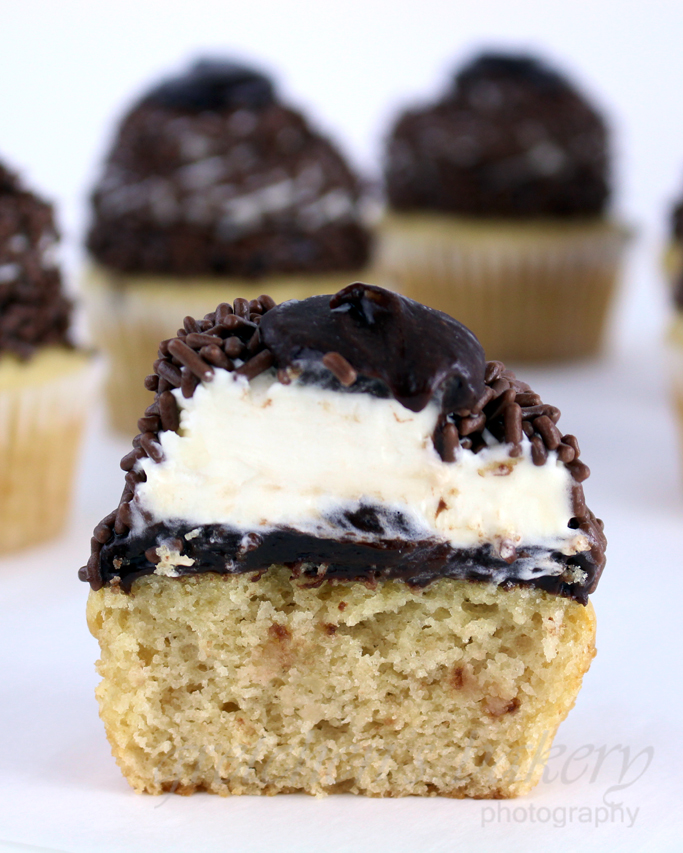 Check out my most recent vlog on youtube where I explain the backstory to this little creation and how I came about re-creating it.

So technically I cannot take credit for it, since apparently the bakery in my hometown of Somerville NJ was the one to invent it; as well as the name.

It is so interesting to me how there are classic and world renowned cakes and pastry; like the Black Forest, Gateaux Millefeuille, and even the cookies and cream has taken it’s rightful place in classic cake history, yet so many other’s remain unknown.

This brought up the topic recently with a friend about how bakeries will invent a dessert, cake or pastry and name it whatever they want.

It may become pretty well known in the town or even throughout surrounding towns over the years, but for the most part it stays a local favorite and secret.

For example my Death to Diets cake from my bakery days is a good example of this phenomenon.

Locally this cake was a hit and everyone knew about it!

That being said, you can pretty much invent anything you want, call it whatever you like and if you are lucky in a few decades your creation will go down in the annals of history!

But for now, let’s just enjoy this little gem of a cupcake!

Now one other thing that was brought up in this conversation with my friend was, “Why do all your recipes  make such weird amounts!!?”

He noticed in so many of my videos my yields are always really weird. Like 8 cupcakes, or 11 or 14…. LOL!

I wonder have any of you ever thought the same!?

Well, the answer to that question is because I am taking giant, commercial bakery recipes, scaling them down for home use.

So sometimes the yields get all jammed up and I can’t get it exactly to a perfect bakers dozen!

But that’s the charm of Gretchen’s Bakery! You have to make 11 cupcakes or 22~ LOL

So below I have doubled the recipe from what you see in the video, since I only made 8 (well technically I made 6 because I saved some of the batter to make my World Famous Gretcherinos!)

Yes, you must watch my vlog video to understand that the heck I am talking about here!

Ok but for now let’s just get to the recipe!

Save Print
this is a building on recipes project so me sure to get your Best Vegan Buttercream and Fudge Icing recipes prepared ahead of time
Serves: 16 cupcakes
Ingredients
Instructions
Notes
Cupcakes can be stored at room temperature in a cool place for up to 3 days.

For longer storage or in higher temperatures (above 74°F) keep refrigerated for up to 1 week.

Bring to room temperature before serving for best taste
3.5.3226