The Mirror Glaze Recipe that has taken the world by storm has just hit Gretchen’s Vegan Bakery!

I just had to get on board with this one, since well….look at that beautiful shine!

Olga Noskova’s viral Instagram pictures of her fabulous mirror cakes have created such a buzz about this not so new technique.

Mirror glazing has been around for decades (yep, I learned this way back when I was a youngin at the good ol’ Culinary Institute of America!)

However this is a slightly different recipe that has been trending and I have to say~ I LOVE IT! 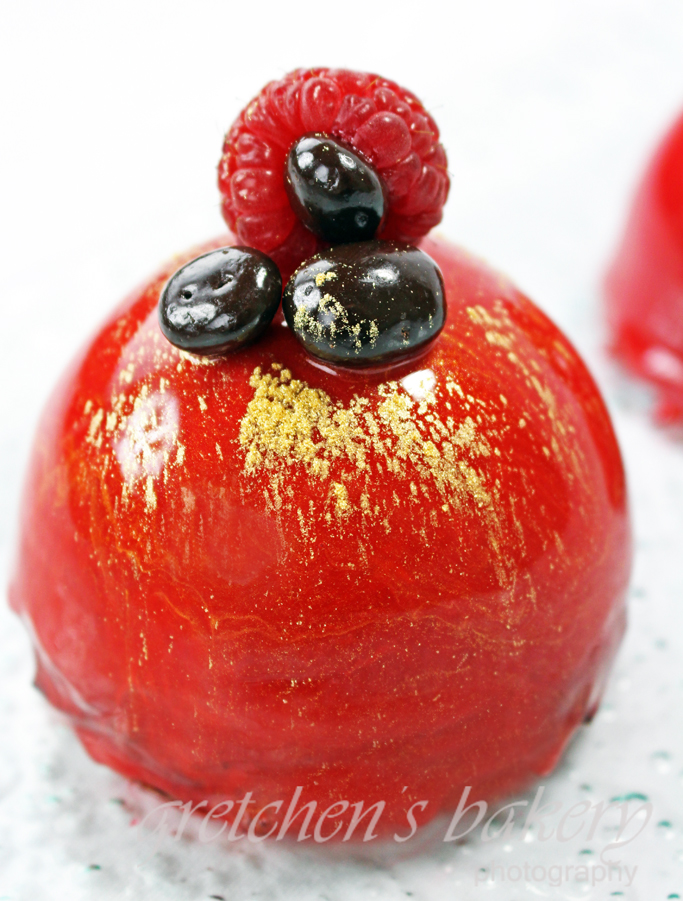 So thanks to whoever shared this recipe (since Olga is keeping her exact recipe under tight lock and key) it is pretty much the same recipe I have seen being passed around the “net” which includes sweetened condensed milk and gelatin.

Now for the best news of all! I HAVE A VEGAN VERSION FOR YOU!!

Mirror glaze for everyone!! Wooohooo!

Ok, so in addition to the mirror glaze recipe I have also created a new mousse dessert, the Chocolate Coffee Raspberry Mousse Bombe.

I originally created that recipe BEFORE I transitioned to full vegan, so the video below is showing both vegan & non vegan recipes.

But don’t be confused ~ if you are here simply for the Mirror Glaze recipe, just grab it below and you can skip forward to 7:42 minutes for the Agar version.

The mousse shown in that video was NOT VEGAN! But I do have a VEGAN MOUSSE RECIPE HERE! (and video and recipe below as well)

Sorry to make you go back and forward, but this video from 2 years ago is really a good tutorial and I haven’t had a chance to make a new one!

Just scroll down to the second recipe for the vegan mousse and in that video I am using a vegan mirror glaze as well, but with dark chocolate (which can easily be subbed in for vegan white chocolate and then colored)

It’s a bit of a project, but with some organization I will have you making these professional style Mousse Bombes in no time! 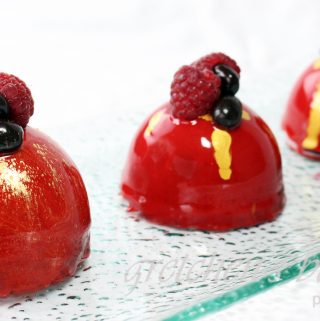 Print
Prep time
1 hour
Total time
1 hour
For those wanting to omit the hazelnut you can use more vegan milk chocolate in place
Serves: 9 individual or 1- 8" cake
Ingredients
Instructions
Notes
Mousse desserts should be kept refrigerated but will stay at room temperature with no problems for up to 4 hours
3.5.3226 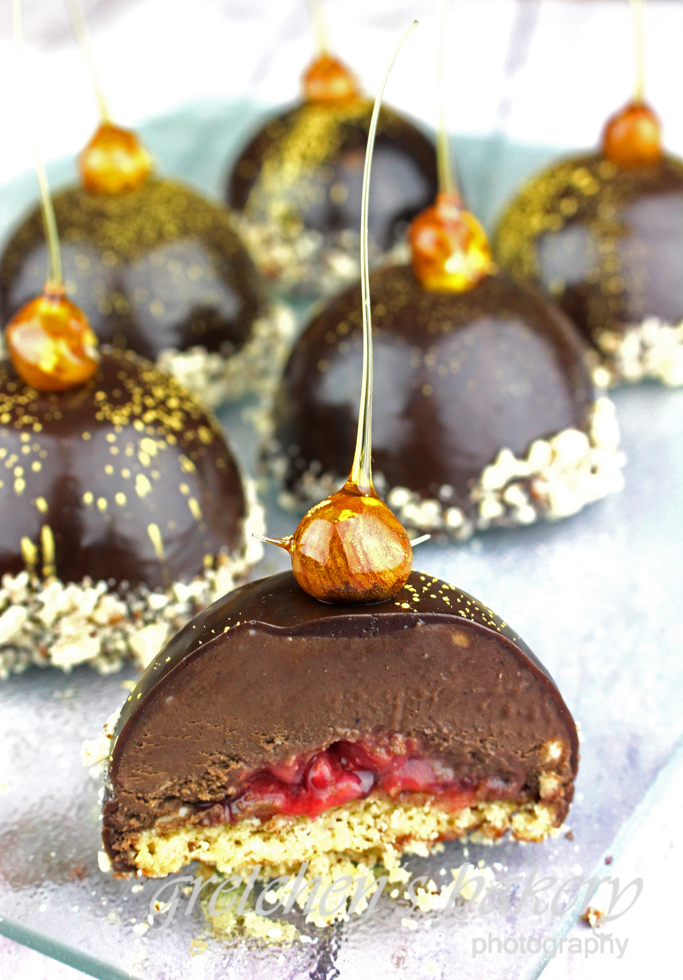