It is very important to understand the subtle nuances that are playing together here!

Deep chocolate cupcakes, filled with luscious  fudge icing and then wrapped with a mountain of peanut butter cheesecake icing!

This is the kind of cupcake you eat with a fork! Totally decadent and just wait until you see how totally easy they are too!

Oh wait, it’s 4 recipes if you count the ganache drizzle on top, but that part is so easy just chop up 4ounces of semi sweet chocolate and melt it with ¼ cup of your favorite milk alternative!

I always like to have a batch of fudge icing on hand so it’s a good idea to make the entire recipe as listed here on my famous Fudge Cupcakes post and just keep it stored in the refrigerator like I do for up to a month! (Trust me, it won’t last that long!)

The peanut butter cheesecake icing is so simple to mix it literally takes about 3 minutes, but enough of me talking about it all!

Just watch the video tutorial below and grab the printable recipe while your here!

Print
This is a Building On Recipes Projectso be sure to gather all your recipes listed below and prepare them ahead of time, then assemble the cupcakes as shown in the video above
Serves: 14 cupcakes
Ingredients
Instructions
3.5.3226
Previous Post: « Black Bean Brownies
Next Post: World Famous Gretcherinos » 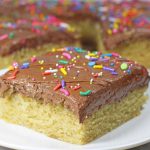 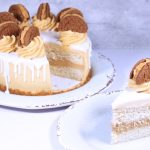 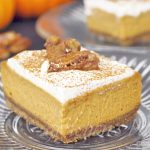